Several mechanisms make sure the right substances in your brain are released when you are running, synergizing to improve for instance memory performance. But how does this work?

Running is not only a relaxing way to pass time (… yes it is (1)), it can also boost your cognitive performance (2)! Several mechanisms make sure the right substances in your brain are released, synergizing to improve, for instance, memory performance. The gender-neutral paragraph below will tell you more about this. Interestingly, the effects may not be consistent across different phases of the menstrual cycle. The not-so gender-neutral paragraph elaborates on this hip topic.

Running at 60-90% of your maximal capacity makes your body release endocannabinoids: the body’s self-produced cannabis (2). This cool substance in turn makes several brain bits release brain-derived neurotropic factor, BDNF for short. What makes BDNF great is that it tells new cells to start growing, and existing cells to increase communication amongst each other. As such, it is helpful in memory formation and in the brain’s adaptations to your new healthy lifestyle.

Serotonin is important for emotional processing and memory, and dopamine is important for working memory, mental flexibility and the feeling of reward. Frequent running increases dopamine levels, but changes in serotonin activity are region-dependent, with some areas becoming more sensitive, and others less sensitive to serotonin signals. 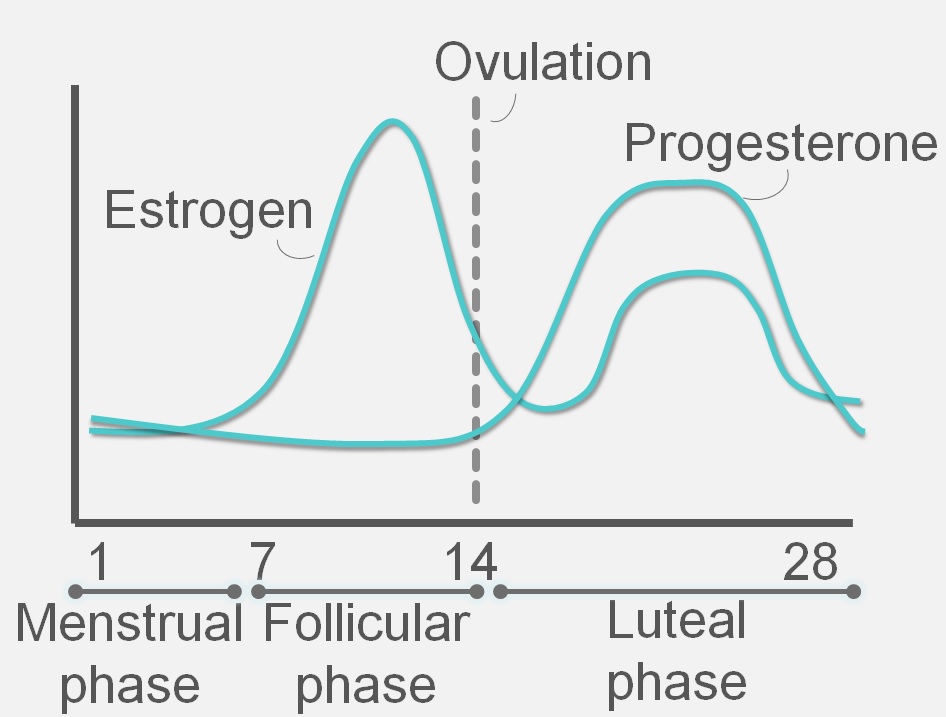 Pre-run, Fiona is in the best mood, as high estrogen levels interact with serotonin to improve mood (5). Mandy’s pre-run mood is the worst (no surprise there), but she may actually reap the greatest benefits from a run of all three ladies: running will elicit a relatively greater increase in serotonin levels, as her baseline is lowest, so her mood will improve the most post-run. In addition, the endocannabinoid-breakdown enzyme should be quite low, so a run will definitely relax her.

Fiona should have the highest pre-run levels of dopamine, as high estrogen levels concur with high dopamine activity (6, 7). This means she can probably run the farthest, since the drop in dopamine levels during the run is the moment exhaustion sets in.

The gender-neutral bottom line: go run. Making the time for running will pay off with regard to mood and academic performance.

The not-so gender-neutral bottom line: go cross that red sea. You may not run far, but your run will feel great.